We headed back to Sandown under low clouds and drizzly skies.  That didn’t deter the strong field of 130 competitors, many of whom were getting their eye in for the Porsche 6 hour relay the following day.  Our new westie puppy Young Mr Fergus had other plans for me that day, so I was left to live the event vicariously through all of you.

As I tried unsuccessfully to stop the crazy puppy biting, I watched the rain set in and wondered how you were travelling trackside.  The Husband reported that the day ran smoothly with a couple of whoopsies but both cars were able to return to the pits under their own steam, which is always a good news story.  Overall, the day ran smoothly; testament to good driving.  There were not too many recoveries which was a great effort given the tight schedule and the patchy weather.

Congratulations to Simon Zettl in his Porsche 992 who set a blazing time of 1:22:6, chased very closely by Phil Nicholson in his go-fast-red Lotus Exige (1:22:8).

Our course car was proudly used at the Porsche 6-hour event the following day. It was good to see many familiar faces at this relay.  Congratulations to PCV for running a great event and to all the MSCA teams that competed.  A special shout out to the Triumph team who came third and to the Lotus team who finished seventh, which is a significant improvement from last year’s second last place (I suspect this had something to do with the Astbury’s not being involved this year!).

Fancy a fang in the country?  Join us for a run at Winton in May.  Challenge yourself at this squiggly technical circuit, while supporting regional and local communities.  Entries are open, so pop yourself down for a run.

After two false starts during lockdown, we are finally going to The Bend!  We have a full field of competitors and are now accepting entries for our reserve list.  If you’re interested in experiencing this awesome track, then register for the reserve list by entering via the MEE system.

Our friends at the Maserati club are hosting Round 1 of the Victorian Super Sprint Championship at Sandown. Those interested in competing in the championship can enter here: https://maseraticlubofaustraliainc.wildapricot.org/event-4607652

I look forward to seeing you at Winton next month, puppy willing. 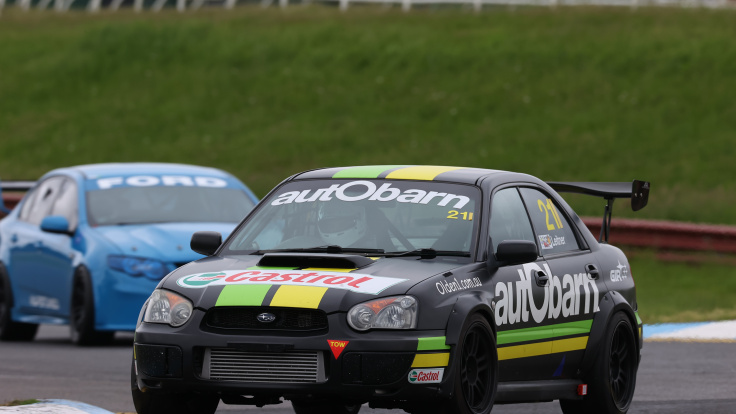